Hidden deep in Wenxian County of Jiaozuo City, Henan Province, the Chenjiagou Village is where all Tai Chi as we know it today comes from. Over 350 years ago, the Chen family formulated Tai Chi by combining Martial Arts with Chinese Medicine and deep breathing exercises. 11 generations latter their descendants still live and teach in the same village. 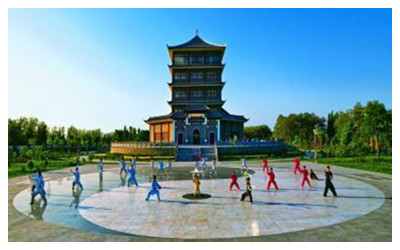 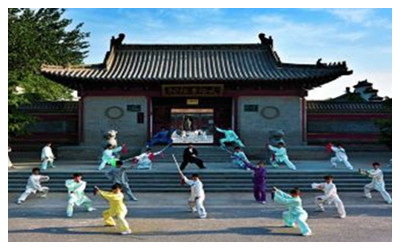 The Chen family came from Shanxi province and settled in Henan in what is now known as Chenjiagou Village . 9 generations latter, they created Tai Chi. Some people postulate that they had some input from outside, possibly from xingyiquan which was popular in the Chen's place of origin. Others claims that there was substantial input from a visiting Wudang monk. Since a lot of historical evidence was destroyed during the cultural revolution, I don't think we will ever be able to prove to the satisfaction of a historian which theory is correct, and I suppose it only really matters if you engage in ancestor worship. For practical purposes, whatever history you believe in, Tai Chi today can all be traced somewhere along the line to Chen Village and the other villages that neighbor it. 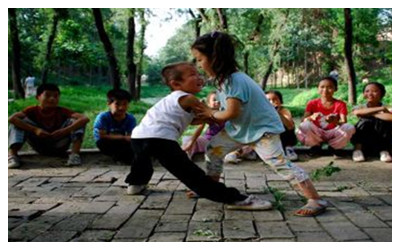 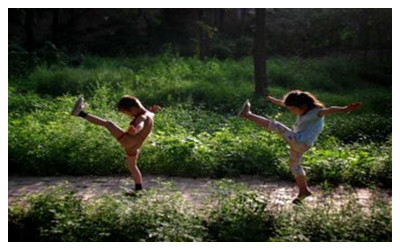 Tai Chi has become a way of life for these people. The local Tai Chi school is the very heart of the community, and 95% of the 2500 strong population know Tai Chi. Tai Chi teachers are also sent to the legendary Shaolin temple to teach the students there, some of whom latter become bodyguards. A huge number of master have been trained in Chenjiagou Village and the surrounding area, including:: Yang Luchan (founder of Yang style, who's house in Chen Village still exists), Wu Yuxiang (founder of Wu style, who studied in Zhaobao Village, just around the corner) . . . and of course all the masters from the Chen family in the past and today.