After visiting some scenic areas and cities in Anhui, you will do some shopping to buy local souvenirs for your friends and your family. Here, some special local products are recommended to you for your shopping guidance. 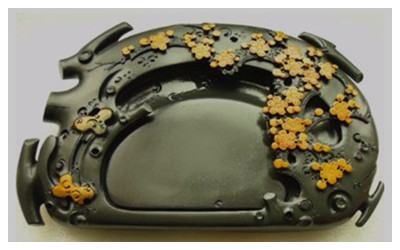 Poker-picture
It is a rare and precious handicraft in the city. It was an art which originated at the end of Ming Dynasty (1368-1644) and has a history of over 300 years. Using the craft of traditional Chinese painting the poker-picture is burnt by a stencil pen at high temperature. The pictures, when completed, show scenery which covers both distant and close views and also have different shades of colors. It is a special art in China.

Zhuhuang (a part of bamboo) painting
This is another special painting you can easily find in the city. It is a painting on which birds, flowers and natural landscape are painted. Zhuhuang is a smooth layer to be found inside of thick bamboo, thus the painting looks very much like satin. This characteristic is perhaps what makes the painting special. As is generally known, Chinese embroidery is very famous throughout the world. In the city a special kind of embroidery, called hair embroidery, will definitely draw your attention. This kind of embroidery is achieved by use of the long hair of man or animal instead of thread, and the resulting pictures show different shades of color and an elegant luster. 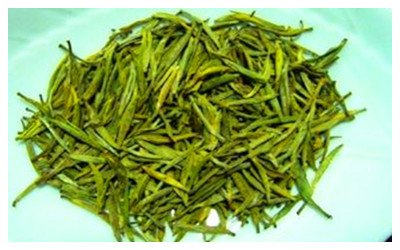 Anhui Tea
Anhui, renowned for its tea production, is the essence of Chinese tea culture. The most famous tea in Anhui is most certainly, Huangshan Maofeng which is considered one of the top ten green teas in China and, is also well-known overseas. Anhui Qihong Tea, Anhui Tun Green Tea and Anhui Houkui Tea are three other categories from which you may choose.

Where to buy?
Shopping in Hefei
In the Hefei city when you want to go shopping, the place you should never miss is Huaihe Road Walking Street, located in the prosperous area on Huaihe Road, where many kinds of local products are sold. Women who are crazy about shopping can choose to go to Women Street located in Sanxiaokou on Changjiang Road.
You will enjoy your 'adventures' as well as the added delights to be found as you tour. The following are some shopping centers introduced here for your reference: Anhui Commercial Capital,Vista International Plaza. Shanghai Lianhua Supermarket,Anhui Huadian Supermarket,

Shopping Huangshan
Huangshan City is the tourist base of Anhui Province. Such a tourist city is not as modern as the metropolis, but can boast of varieties of locally made goods constantly on display looking for buyers. Popular local products are nice for you to buy when traveling there, such as chrysanthemum flowers, Santan loquats, Huizhou Chinese torreya, gyrophora and She County kumquat. Wan'an compasses and Huizhou carvings on wood, bamboo and brick are well-known traditional handcrafts. In additional, travelers can purchase some tea for drinking, since the city has more than 30 kinds of tea brands well-known both at home and abroad.