Qin Dynasty (221 BC to 207 BC) was the first unified, multi-national and power-centralized state in the Chinese 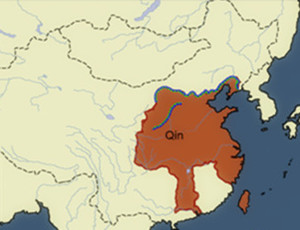 history. Although surviving only 15 years, the Qin Dynasty held an important role in Chinese history and it exerted great influence on the following dynasties. Only two emperors, Yingzheng - Emperor Qin Shi Huang, the first emperor in the Chinese history, and his son Hu Hai ever ruled the state, which was finally overthrown by the people's uprising.
Facts of the Qin Dynasty
Time:  221 B.C.-207B.C.
Capital: Xianyang, in Shanx
Emperors: Ying Zheng, Hu hai, Zi Ying
Replaced by: Han Dynasty
Qin Shi Huang’s Contribution to the country
In 221 BC,  Yingzheng, the King of Qin, unified China to found the first Chinese feudal dynasty  and he gave himself the name of “Qin Shi Huang”, signifying that he is the first emperor of China.To strengthen the unity of the nation to perpetuate the Qin Dynasty, Emperor Qin carried out many reforms in politics, economy, military affairs, and culture. 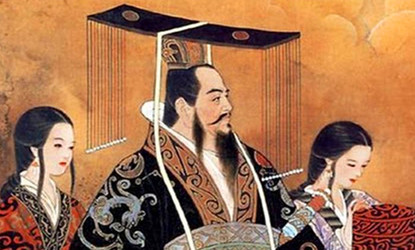 1. Unified written language, currency, length, capacity and weight.
In his economy, he standardized weights and measures and he stipulated that the round coin with square hole (Ban Liang Coin) should be the coin used in the country. In Addition, he standardized the written character, making the Qinzhuan the standard font.

2.  Built the system of prefectures and counties, as well as the feudal national system.
In politics, he declared himself the Emperor of the state. All major powers including politics, economy, military affairs were in his hand. Executive organizations both in the central and local places were systematically reorganized and local counties were restructured.

3.  Burnt books of other schools and buried Confucian scholars alive.
To prevent his people to think freely, he burnt many books which he feared would affect people's thinking. Worse, in his second year, after he learnt some scholars' discussions about his arrogance, he buried 460 of them alive. In history, these two events are called 'To Burn the Books and Bury the Scholars Alive'.
4. Placed great importance on infrastructure
In the Qin Dynasty, At the same time, he ordered to build  luxurious palaces, the Great Wall, the famous Terra-Cotta Warriors and Horses, together with his own mausoleum, by imposing on the masses, through hard labor, heavy taxes, and rigorous law and military service, giving the community a difficult and arduous existence.
During his reign, over 300,000 men were organized to construct the 5000-kilometer-long Great Wall in northern China and his mausoleum had been built before his death. It was in this well-covert and grand mausoleum that the world-famous Terracotta Warriors and Horses unearthed, and the 8000 life-size terracotta figurines, horses and chariots are hailed as the Eighth World Wonders!
►The Great Wall
► Dujiangyan Irrigation Works
► Lingqu
► Terra-Cotta Warriors and Horses
► Qin Shihuang's  Mausoleum
Late of the Qin Dynasty
A series of effective measures has been taken during the reign of Yingzheng. He contributed much to the development of his country. However, during the late period of his reign, he was cruel and oppressive to his people, and caused dissatisfaction.
After he died, Hu Hai succeeded him. However, he was so fatuous that caused the uprising led by peasants, Chen Sheng and Wu Guang. Later the insurgency was led by Xiang Yu and Liu Bang. In 207 BC, Xiang Yu's army defeated the Army of Qin and Liu Bang swept into the capital which finally ended the Qin Dynasty.
At the end of the Qin Dynasty in 207 BC, war broke out between Liu bang and Xiang Yu. It was known as the Chu-Han war, and it lasted for four years, ending with the victory of Liu Bang, who later established the Western Han Dynasty.
Share：