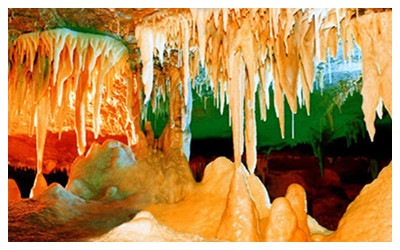 Jiutian Cave is divided into upper, middle and lower layers with a total area of 2.5 million square meters, in which there are layers of stalagmites, stelae and stalactites in beautiful shapes and peculiar structures everywhere. It is a rare underground gem. In 1987, it was identified as "the first cave in Asia" after three on-site investigations conducted by more than twenty experts in caves from seventeen countries. In 1995, it was approved as a member of the Exploration Base of International Limestone Cave Association.
No.2: Maoyan River Cruise 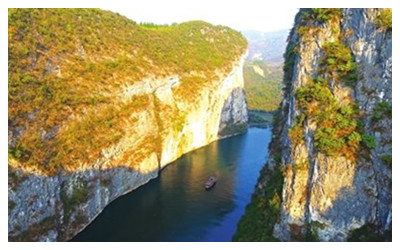 With the whole journey of 22 kilometers, Maoyan River Cruise  starts  from the jetty nearby the Kuzhu Ancient Village and ends at the jetty of Yutan in Wentang Town.

Maoyan River Cruise is one of the top things to do in Maoyan River Scenic Area. It is a nice experience to visit Maoyan River by boat  because you will not only see here a beautiful landscape gallery but also a colorful historical style scroll. 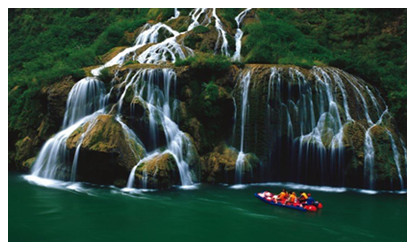 NO.4: Go walking at Kuzhou Village

Kuzhu Ancient Village , a Tujia Village 12km away from Jiutian Cave, is located on the bank of Maoyan River, upper section of Lishui River in Sangzhi County, Zhangjiajie City. It is the starting site of Maoyan River Cruise. Kuzhu means " located between high mountains with two sides" in Tujia Language.
Kuzhu Village was first founded in the Tang Dynasty (628-907), and it was worldwide in the Ming Dynasty(1368-1844) and Qing Dynasty(1645-1911) . As the jetty of the upper section of Lishui River, it was the only way from Zhangjiajie City to Sangzhi County in ancient times. Over hundreds of houses  standing there, this village became the famous village for businessmen in that time. 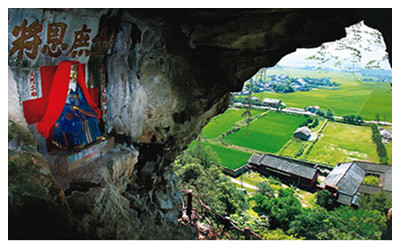 There are 19 stony statues and more than 50 stone carvings. The grottoes dissolve the stone carving, sculpture, literature, calligraphy and other arts in one furnace with high cultural value. Nowadays,It has been listed as the provincial cultural relic protection unit of Hunan province. Yuhuang Grottoes is located in Fengxianggang Township of Yongding District, Zhangjiajie City. In 1799, the grottoes were started to curve by  the local stone artists employeed by Mr Li Jingkai, a famous local person in the period of Emperor Jiaqing of late Qing Dynasty( 1368-1911). After 8 years working, the grottoes were finished to curve in 1785.

History of Maoyan River area
In ancient times, it was the domain of the king Tusi of Tujia Ethnic Group. People from other groups were not allowed to enter and the government  officials couldn't control it. So,the picturesque Maoyan River became a mysterious forbidden area. It was not until the 13th year (in 1735 ) of the Emperor Yongzheng of the Qing Dynasty(1644-1911) that  the King Tusi Maogang offered the land area to the Qing Dynasty, and it was approved the "change of land and return to the court" before it was officially managed by the dynasty.
Travel Tips
Add: Sangzhi County & Yongding District, Zhangjiajie City.
Opening Hours: 08:00-18:00
Entrance Fees: CNY/P.P
1.Jiutian Cave: CNY 78
2. Maoyan River Cruise by boat  CNY 81
3. Maoyan River Cruise by jetty   CNY 298
4. Maoyan River Rafting by boat CNY 163